The first book I published in 2009, WHO ARE WE REALLY 101 (now out of print) was written in a study guide format, in an attempt to explain with words, something I did not learn with words. The book included 22 different sources of material for independent study, including the little-known work of Professor Edmond Bordeaux Szekely. When contacting the listed publisher of his books (to obtain permission to use his material), I was surprised to find his wife answer the phone. She was a lovely, high-spirited woman, who told me that the Professor had passed on, and then began sharing some wonderful memories of him.

She explained that he could see auras, something she wanted to learn badly, so she pestered him constantly to teach her. He would often reply, “Why do you want to see auras? What will that teach you? All you need to know is why people kill each other.” She was committed to the pursuit however, and one day he seemingly relented. “Go outside and sit in the Sun, and after a while you start to see colors,” he encouraged her. She did as he said, sitting there for what seemed like forever, but nothing happened. Frustrated, she finally went back and told him, “I’ve been sitting out there for hours, but nothing is happening”, to which he replied, “Of course not. That’s because you don’t have the pre-conditions for it!”

At the time she told me that story, primarily because I hadn’t yet made the book public and experienced people’s reaction to some of the material, I didn’t really understand what he meant by that. But now, 13 years later, I understand it very deeply.

The ‘reality model’ we’ve been given, is riddled with half-truths, outright lies, gigantic holes, and an endless stream of anomalies that, sadly, most people aren’t even aware of. This is extremely important to recognize, because knowledge of those holes and anomalies, is the pre-condition necessary to begin seeing things we couldn’t see before. In other words, an individual who has never taken a serious look at those holes and anomalies, or remains completely unaware of their existence, is incapable of recognizing when someone or something has come along and provided a resolution to them—unable to realize when the gaps and holes have been filled, and the anomalies explained and resolved.

That lack of awareness not only renders us incapable of identifying the emergence of resolution, but also of taking seriously the answers to questions we haven’t even thought to ask yet.

I bring this up here, now, because James Horak, the individual providing the information the interview below, was such an emergence, and most of the world missed it. We did radio interviews together for almost 7 years, mostly as guests on other programs, but we also did 11 episodes of our own show at the behest of David Corso (RIP) on Wolf Spirit Radio in 2013.

James’ philosophy was much like the Professor’s, regarding preconditions. James always felt ‘the question earned the answer’, meaning he would rarely volunteer insights and resolutions to anomalies without being asked to, because he believed that to do otherwise would largely amount to whistling in the wind. A more crass saying to that effect is “casting pearls before swine”. In the same way an individual would have no idea where to put an extra puzzle piece without first identifying the vacancy it would fill, people may have no idea what to do with answers to questions they haven’t thought to ask.

I understand the philosophy and approach to ‘the question earns the answer’ but where I differed from James in that regard, and why I suspect people thought we made a good team, is that I didn’t believe we had the time to wait for people to catch up on their own anymore. It was both my hope and belief that we could (and should) then, begin to provide as much information as possible, as quickly as possible, to encourage people to start asking questions they otherwise never would have.

The interview below fills more holes, and resolves more anomalies, than most people today have the preconditions to fully understand or appreciate. Nevertheless, time is of the essence. Also, in the same way I’ve never appreciated others deciding, for me, what I’m personally capable of understanding or not, I don’t intend to decide that for you either.

Additionally, there are numerous other articles and shows here, that were done in the hopes of providing some of those preconditions, especially in relation to the interview below, A REFINED COSMOLOGY TO ADDRESS COSMIC ANOMALY: 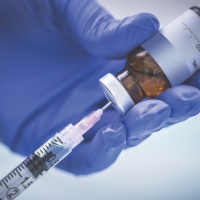 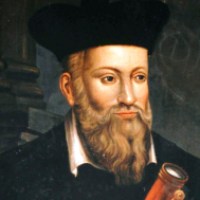 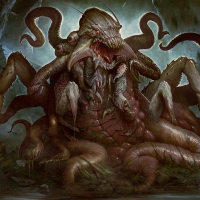 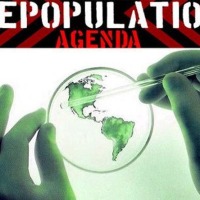