A much anticipated work by James C. Horak has finally arrived and it doesn’t disappoint.

As many already know, some of his revelations can at first stretch personal limits of credulity beyond comfort. Nevertheless, they will linger in the mind until fully appreciated for what they offer. Not just the careful resolution of myriad anomalies, but the wonders that are ours to behold and experience once sanity prevails, thus ending the global misapplication of knowledge crisis and the catastrophic end it promises for us all.  –Crystal Clark

Currently only available as an ebook, it may be purchased at the following links (more US outlets coming soon) with excerpts found below:

Siege in the Davis Mountains Quotes (showing 1-4 of 4)

To break with this routine I have written this manuscript in a way that challenges my reader to explore on the edge of language instead of drowning in devices intending to take for granted meanings and draw false assumptions burdened by planted biases. In your face are thrown one lie after another that defy what is actually seen and offer nothing of balance to either perspective or clarity on a daily basis… yet, it seems natural to you. Because there is no power to your sense of expectation. None. You are boxed into what is possible and what is not, even unsure of the shape of the earth. Led into debates over something as idiotic as that while you balk at having neighbors from elsewhere. So enormous is this Universe and yet you would limit its possibility to produce any of the wonders on some tiny grain of sand found on a beach in comparison. From written history anomalies have been spied and reported accomplishing what nothing today can. Trans Lunar Phenomena, recorded hundreds of years with thousands of reports demonstrate intelligent presence on the moon while nothing of this is factored into your narrow credulity. When one emerges who can answer resolution to so many anomaly, predicts events with accuracy, and offers what is needed to help you survive a planet crippled to the point of extinction, you cannot quit your routine of acquired preference for the mundane suited to a boxed-in comfort zone long enough to check him out. The few above this are too few. I feel quite privileged to have found four. Others are awakening yet still not shown to be at a point of no return to stifling group thought. If you are, then show me. Show me you are aware we near the point where nothing is left to lose. Where resolute action need not be possessed of fear. I will say this, unified consciousness would have no trouble with accepting this challenge I throw at your feet, but then conditions so favorable to enslavement here may be your problem and not that solely attributable to split consciousness. I am willing to engage with you to the very end of hope to find out. Wake up to the signs and ramifications of the trends set I have touched upon. Help awaits a world ready to receive it.”

“Anyone mindful of one overwhelming tenet, if time travel is possible, will be possible, has ever been possible it is with us now must concur that this is the only time in history that such a banking cartel has risked its wealth on one sole adventure. Strengthening this incredible consideration was the discovery of an implant in Napoleon’s skull.”

“SETI   Many good-hearted people allowed their computers to work on packets of data acquired by SETI dishes in the hope of being part of discovering intelligent patterns to radio signals from deep space. That such signals ARE reported from time to time from far less extensive operations and that no such were reported (supposedly) by SETI of all those thousands of packets defies probability.”

“Few would question the would be fate of Snowden had he stayed in America once he took action to share with his country the illegal excesses of the NSA. Instead of being a whistle-blower, as he was being imprisoned, he would have been cloaked in charges of espionage and treated as a spy. That is, if he had not been killed in some “incidental” way trying to escape. But”

This week on The Free Zone – Homegrown Terrorists – Crystal Clark

We are the last generation that could escape a digital footprint. Most of us haven’t. What is the database for? Will you become a non-violent anarchistic homegrown terrorist? “I don’t want to live on this planet anymore” is the meme of this generation. Why would anyone want to make the planet so miserable that children don’t want to live? –Freeman

In the first hour we discuss the machinations of the unfolding surveillance police state of globalist empire and what it portends. In the second hour (for subscribers only) we discuss the EMV’s, Norman Bergrun, the Ringmakers of Saturn, James Horak, SETI’s protocol to classify other planets in our own solar system,  and the benefits and necessity of becoming part of an extended (space) community not only as a matter of evolution, but as a necessary means of survival in a post-Fukushima world.

This show (pre-recorded on 1/21/2015) airs this evening on FreemanTV at 8pm EST and will be available via podcast and youtube afterwards. For information and LISTEN LIVE links click here: FREEMANTV.COM

We discuss the confluence of multiple globalist agendas, their short term outcomes, and the ultimate inevitability for mankind if current trends prevail and persist.

Please visit Ivan’s website at http://www.freeyourmindaz.com and listen to some of his other amazing guests and podcasts.

Special thanks to Patrice of http://www.information-machine.blogspot.de/ for uploading to youtube and sharing. Please visit his site and peruse his excellent selection of alternative media resources.

Video: Nagalese and the real reason Holistic Doctors are being killed and vanishing

Article: David Cameron branded a lot of people ‘terrorist sympathisers’ and they’re not happy about it

Article: 60 Lab Studies Now Confirm Cancer Link to a Vaccine You Probably Had as a Child 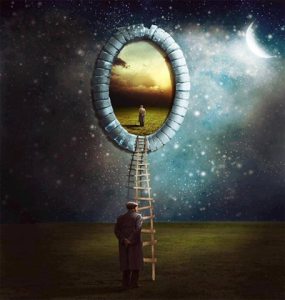 It was a pleasure joining the folks on The Plane Truth via the Time Monk Radio Network. Those who prefer the MP3 file can find the download link on the youtube video. You can listen to more of their shows and join discussion threads via the links below:

NOTE: Two events of significance have occurred since the interview was initially recorded that pertain to topics discussed during the show:

James Horak & Crystal Clark discuss the true nature of ebola as a parasitic worm, the elite’s deluded view of the lesser classes as parasitic humans, and dive deeper into the nefarious mechanisms, mind-viruses, disinformation, and knowledge-hoarding practices of globalist fanatics bent on denying mankind access to the beauty, wisdom and power of intelligent design—on both microcosmic and macrocosmic scales—even to the point of driving our civilization to full ruin in the process.

It’s always a pleasure joining Dale on Dale-After-Dark. 🙂 Links to sources mentioned during the show are provided on the youtube video. Here’s the direct link if the video fails to load: https://www.youtube.com/watch?v=iFBBkyqmEjo [NOTE: This is a re-upload as the first was removed from youtube for a copyright claim filed against the host. If you enjoy the video please consider subscribing to Dale’s Channel]

Jack Otto on the Khazars

Rewriting reality and the use of thought police to enforce it

Second essay on Reality Revisionism and the environmental movement

Link to the common core presentation

Link for Putin at Valdai

It was a pleasure joining Shelly Johnson on OUR NATURAL RIGHTS via the AllTalkRadio network to discuss the methodology and ramifications of Reality Revisionism. I hope you’ll check out their future shows every Monday evening from 6-7pm PST.

A BRIEF TREATISE ON THE SACRED SCIENCE

The SACRED SCIENCE tab has been updated with a condensed treatise on the Sacred Science divided into the following seven sections:

Humanity once again stands at a most important fork in the road; a moment exhilarating and exasperating, liberating and terrifying—may we have the wisdom and moral fortitude to choose the path of countless wonders.